I just came across a situation where on upgrading 3 plugins on WordPress the system got stuck on the first plugin upgrade and after 30 secs had not moved at all. This was the first time it had happened to me and I have upgraded WP sites, plugins and themes hundreds of times so it is rare in my experience.

So it took me by surprise and also I didn’t have a clue what to do. I came across this post on the WP forums that was the perfect answer:
https://wordpress.org/support/topic/30-stuck-in-maintenance-mode-after-failed-plugin-upgrade

You basically need to delete a file called .maintenance in the root of your site’s web folder, via FTP or a web file management system that allows you to see and delete files starting with a dot: “.maintenance”

For example in CuteFTP you would need to select “enable server side filtering” by clicking on the filter button in Actions (right click on site properties of the site to get this) and add the following command “-a” as a filter (without quote marks).

“Hicks Law: the time required to make a decision increases, with the additional number of alternatives you are presented with”

The principle is: a) you are presented with a task / goal / issue, b) you analyse the situation, judge your options to achieve the given task c) you make a decision / choose an option d) you apply / execute your decision.
In this context Hick’s law predicts (algorithmically) that the more alternatives you provide users with the harder you are making things for them. You should aim at presenting users with only the options they require to achieve the task.

In a moderately complex to simple situation, like with a website design, Hick’s law can be an interesting principle to check. Do you really need all that content / all those options / all those images to help the user achieve their goal? As explained in further detail by Smashingmagazine,  it usually makes sense to “take a step back” and think of your project in general rather than applying this principle religiously to each sub part and element of the overall structure one by one. Consider the user journey, the objectives and via testing if necessary clarify that certain elements are not superfluous.

Kindle sales are up the day after Apple’s Mini launch

Most people expected that the launch of Apple’s mini thingy would put Amazon in a really difficult position. However it seems on the contrary Amazon sales are up and went up soon after the announcement from Apple. Could that be people that realised that the Amazon offer was a) from a hardware point of view more interesting and b) paying a fixed amount to consume all you want in terms of films, series an music was better than just giving money to Apple?
Probably !

Wow this is just a pleasure to watch the images are great and sometimes breathtaking on a large screen at 1080 Full HD, enjoy!

I came across this my pure chance from an article on Mashable linking to the live video feed and it was just amazing. The courage you need to do what Baumgartner did is astonishing, just watching it, in pretty poor quality video as some points was however, riveting…

Social Media: little to no effect on purchasing behaviour

A report from Forrester Research and GSI Commerce illustrates the fact that social media has little to no effect on purchasing power.

I’ve often thought this was the case and that people were far more inclined like myself to follow results from search engines and newsletters I get especially reghardware for example, but that might show a bit about what types of things I purchase.

I like to make up my own opinion and with what I know about Social Media I rarely trust what I see. What I can obtain myself through searching the web I trust more but not fully.

Having seen among the people I know, who are so called Social Media experts or gurus (for the others I don’t know, don’t take this personally) I wouldn’t trust them one bit to help a company truthfully promote their product nor do it in an efficient way.

Android now has the most free Apps 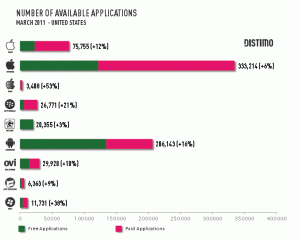 Android now wins over the hearts 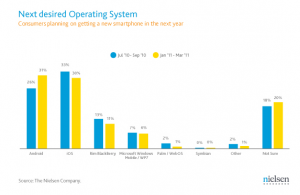 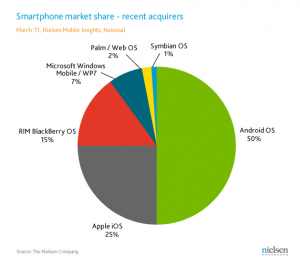