You Tube : the phenomenon

By    John Garner on  Monday, October 2, 2006
Summary: There is nothing like bad publicity the ad people will tell you. Well, You Tube is making the headlines with bad, good and excellent media coverage ! You Tube has made uploading video to the Internet in order to share it, a simple procedure. Sharing videos really is dead easy. Although tagging the content efficiently […]

There is nothing like bad publicity the ad people will tell you. Well, You Tube is making the headlines with bad, good and excellent media coverage !

You Tube has made uploading video to the Internet in order to share it, a simple procedure. Sharing videos really is dead easy. Although tagging the content efficiently is still to come, their site is also full of interesting functions. 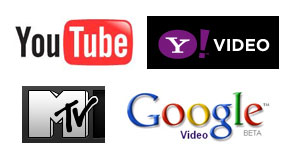 Media companies realising the potential
When you hear a successful entrepreneur saying this product is never going to work, while at the same time companies like Google, Yahoo, MySpace, MTV... trying desperately to copy them, you're kind of left puzzled by such comments. The arguments of Mark Cuban are 'You Tube is just allowing people to upload content they don't own the rights to'. From a simple perspective though Cuban owns companies (like HDNet) that distribute content just like You Tube. All his content is with copyright owner's consent though. Wouldn't that make you mad too - especially if they are likely to be selling it for a lot of money soon ?
Now even though that may be part (even a large part) of You Tube's content the guy is missing a point and a big one. Cuban doesn't seem to have noticed how much the Internet is changing things.
You Tube has a massive audience, actually a real community behind it. It is a platform to broadcast a message on. The issues it faces are similar to those that MySpace faces. The big media companies realise this type of platform could potentially be a "highway to heaven" but certainly not a 'pathway to hell'...

An example of this is the deal that You Tube has just signed with Warner Music Group "that will let users embed some Warner wares in their own music videos and amateur flicks".
The main issue for media companies was the idea of losing money. Attacking the everyday Joe and making his life hell rather than looking for ways to distribute their content intelligently and easily, is slowly being dropped.
Warnerâ€™s deal with You Tube like iTunes' numerous deals for series and films should pave the way for simple and accessible content via the Web.

It is easy to appreciate how a lot of people could miss the trend that led to this. The large media companies have realized that they can capitalise on these massive communities AND make money from it. Hey, they finally realised that the MP3 fiasco and all the legal mayhem surrounding it was really negative for them. The media companies have started to embrace the Internet as a medium to sell their products !

Forbes dossier on You Tube
So when Forbes magazines does a whole dossier on you, do you listen to some entrepreneur who got it right once or twice, or to Forbes ?

An example from the Forbes article (there is a whole dossier actually) on You Tube :

Miles Beckett, a creator of the fictional "lonelygirl15" videos that lured 900,000 viewers in recent months, foresees the advent of "wiki-television"--where fans get involved in the story; those who provide the most clever responses get a cut of the ad pie. "If the fans generate enough revenue from their videos they can quit their day jobs, too," Beckett says. "We think it's such a cool way to tell a story. It is just something you can't do with the traditional media."

And this is the example used in the Forbes article, a video you can simply paste into your article just like I'm doing here :


Rewarding video makers
But You Tube receives criticism from companies that have built different models. The Forbes article also talks about Revver and how they distribute, just like Google a portion of the revenue they receive with the creators of the videos. In the same way Netscape is trying to pull away key participants of Digg and pay them to add content to Netscape this type of criticism seems valid :

The amateurs who filmed the geyser effect of Mentos candy jammed into bottles of diet Coke have reaped nearly $35,000 from Revver.

Just as money speaks to the media companies looking for profitable ways to distribute their content legally, video creators who provide real value will not need long to choose between 'money and fame' versus 'fame alone'.

Although You Tube are making more and more big deals this issue will need to be addressed in the medium to long term ! Key community members and followers may feel (like the Digg example) that all their hard work is only filling the pockets of You Tube and turn elsewhere...