By    John Garner on  Tuesday, October 6, 2009
Summary: Very simple procedure. All you need is a small screwdriver and some gentle but determined hands 😉 Turn your closed netbook over First turn your computer over so you can see the back of it as the image below: Circled in red is the panel that has 1 screw you will need to remove to […]

Very simple procedure. All you need is a small screwdriver and some gentle but determined hands 😉

Turn your closed netbook over
First turn your computer over so you can see the back of it as the image below: 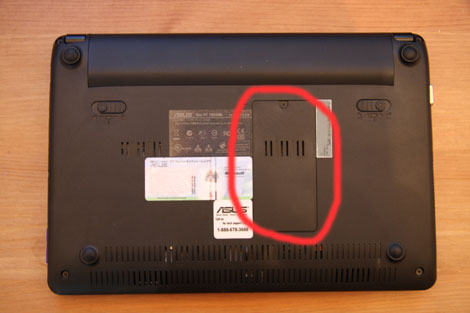 Location of panel to change memory

Circled in red is the panel that has 1 screw you will need to remove to get access to the memory module that needs to be changed. 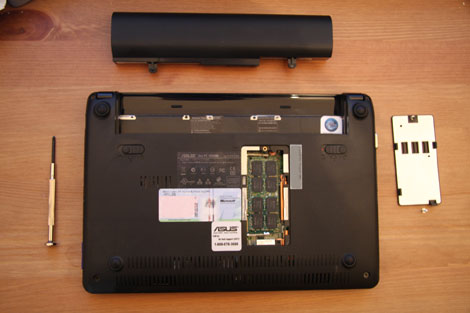 Note: before touching the memory module I suggest you try to discharge any static electricity you may have. I grab hold of the chassis of my desktop for example. You should try to only hold the module by the edges and not touch any components on it. Avoid standing on a carpet for example or clothes that easily create electro static charge... 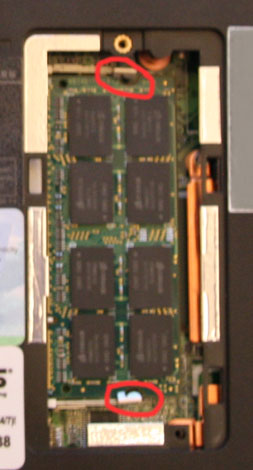 Release bottom tab on memory module
As you can see below the tab when moved back releases one side of the memory module and you then only need to release the other tab for the whole module to spring upwards.

Remove the memory module
Once you have removed the tabs it should be slanted upwards on one side and look like the image below allowing you to then remove it. If you have an anti-static sleeve that your new module came in then put the old module in it so that if anything goes wrong with the new one you can at least put the old one back. 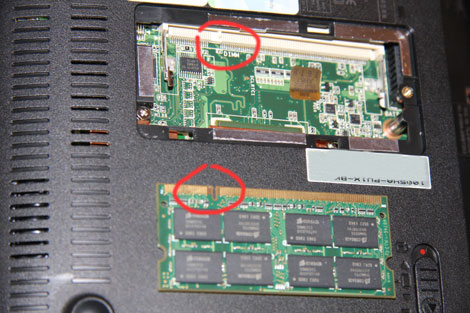 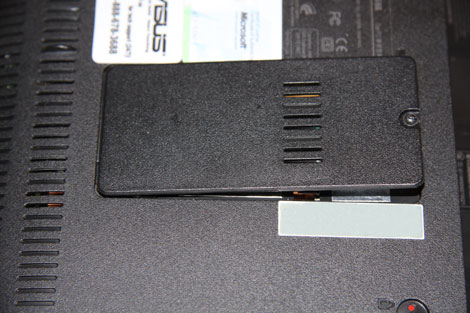 1005ha putting the memory panel back

There you go you now have upgraded your 1005 ha EeePC to the maximum memory of 2 Gig. You should be fully prepared for Windows 7 now!