Windows 7 Ultimate in Europe: if you do, buy it in the UK 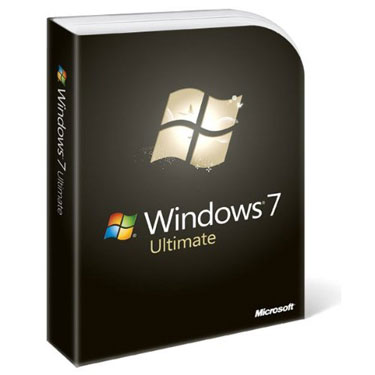 What is interesting is that the Windows 7 Ultimate version is also available on Amazon.com at Â£159.85, so for 10 pounds more you get the Ultimate version! The Ultimate version doesn't appear in many other places at the moment and not on the French Amazon site either but having a Vista Ultimate version on my Dell I was wondering why Ultimate had been left out of the previous offers. In France there was a 49.9 Euros offer between July 15th and August 15th on the Home version. I guess this is also a time specific offer but I must admit I still find it is a very hefty price after having paid so much for the really dissapointing Windows Vista Ultimate and actually having re-installed Windows XP because Vista was so bad.
I then installed the RC of Windows 7 on my Dell XPS as you can read. Windows 7 is great so far but I'm concerned at the moment that Windows seems to be selling the full product as an alternative to the upgrade because they haven't been able to come up with an appropriate solution for upgrading from Vista Ultimate to the European version of the Windows 7 Ultimate. This may explain the difference in pricing at the moment between the US and the UK. A kind of "sorry you are going to have to do a clean install which will waste a lot of your time, instead of an upgrade like in the US"...

My question is why should I pay pretty much the same price as I paid for Vista for a new version when the previous one was so bad I didn't even use it!

2 comments on “Windows 7 Ultimate in Europe: if you do, buy it in the UK”